Evolution of my Drawing Style

It was a little more than 10 years ago when a repetitive strain injury to my left arm drastically limited many of my activities. It was right around then that I took an introduction to drawing class and bought a couple of books.
I really am a "greyscale" monochromatic type gal and was quickly drawn to graphite work.
I learned to work from a photograph using a "grid" method.  I would place a small grid over the photo and create a larger grid on my drawing paper....one area at a time......observing....drawing.....slowly trying to duplicate the image.

I could do it with a certain degree of success, but it took me hours and hours, I would work on each drawing over the course of several days. I rarely showed anyone the finished drawings  ( I do what a lot of us do.....let that negative self-talk creep in.....you know the one....that says it is not good enough)
Drawing in this manner required time  (lots of time), patience and was not very "portable" for me

At some point after starting my blog, I joined a creative prompt group. The idea was to do something creative in response to a single word posted each week. I began doing quick doodles and posting them to the group (posting them quick before I lost my nerve) early ones were pretty rough, but the idea was to be creative...and by posting whatever I drew no matter what, I learned to let go of that negative talk (well mostly)
I could draw these anywhere, anytime.....always took a sketchbook with me and would draw where ever and whenever I found myself with a few minutes  What a fabulous way to bring about inspiration and while I have not posted to the group in quite some time Jaye is still posting those "prompt" words....last week she posted word number 324 .....Wow!

Those silly drawings continue to evolve. When Janome showed interest in turning some of those doodles into machine embroidery, I quickly learned to refine the doodle.
just take a look at the difference between the bee that they first saw and the bee I refined to work better in a stitched version. 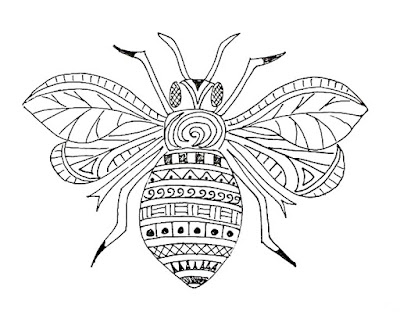 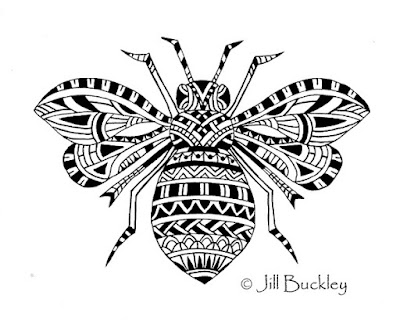 and how it looks in machined stitches 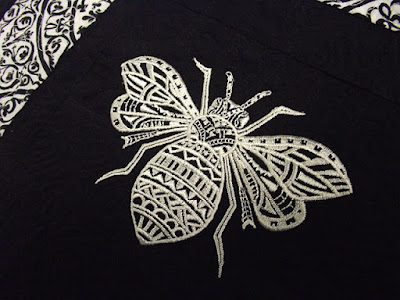 Another example would be this early flower doodle 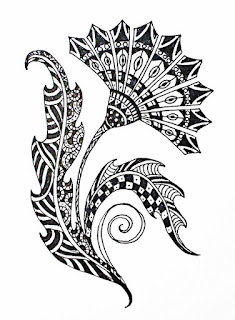 This is how I draw them today 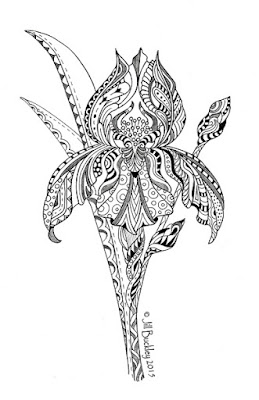 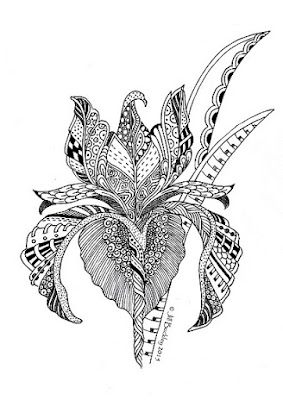 Unlike those early graphite drawings, drawing this way allows me to NOT become obsessed over the details, always trying to get it "right" and it is great fun drawing things with quirky details instead of trying to achieve complete realism.

I have wanted to replace my bed skirt for a while......just could not find what I was looking for. My old one was one of those "ruffled" things in boring cream.

When I could not find what I had in mind, I figured it was time to make one. The challenge was then to find fabric I liked that was not over the moon in cost.
The solution? a set of sheets on sale. By cutting away the elastic on the fitted sheet and the hems on the flat one, I had lots of yardage.

I did not document the process but here is a link to a wonderful tutorial. It is pretty much what I did (although, I did not use any other fabric....just the sheets) I even made my pillow shams using the sheet material and still have lots to make a few decorative pillows. 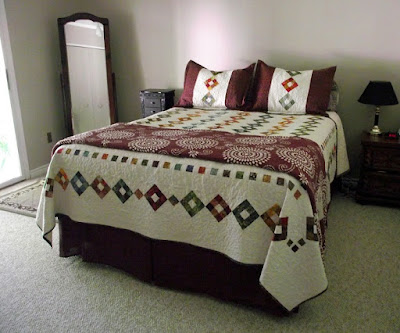 you can't really see the details in the photo above.....the sheets I used had a great pattern....it is a rich brick red with a nice little stripe 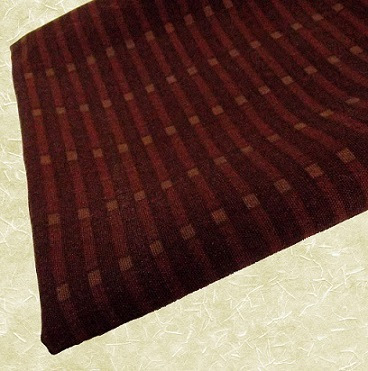